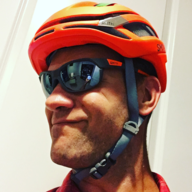 WMI gets deprecated in AAD Connect so I am working on updating some AAD Connect scripts to instead use the ADSync PowerShell module.  The existing scripts prevent damage during synchronization by checking thresholds for:

In WMI the MicrosoftIdentityIntegrationServer:MIIS_ManagementAgent class provided the import and export counters, as well as the total number of connector space objects.

In ADSync most of the counters are gone, the rest are moved:

Unfortunately not enough detail to get feature parity with the scripts I’m working on because:

My plan is to go with what ADSync provides for now, and implement the missing functionality later if it is important enough. I was a bit discouraged until I found Azure AD Connect sync: Prevent accidental deletes, more on that later.

You May Also Enjoy

Visualizing the count of Event Log events on a computer can be helpful in some cases: starting to investigate an issue - does the issue coincide with an i...

Got a MIM Service database backup? You should. Got it configured in Azure with a retention policy? Got it encrypted?

Some of our services are locked down with a list of approved IP addresses. It can be a pain to manage sometimes using the firewall UX so this snippet comes ...

Need to gather detail on deleted AAD user objects, and Graph once again comes to the rescue.